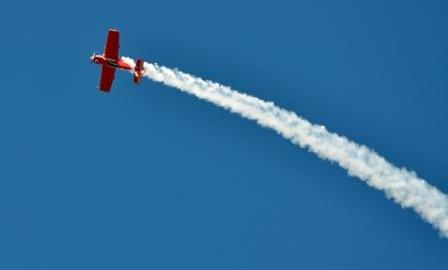 A careful, concerted and well thought-out marketing campaign can be an incredibly successful enterprise, increasing brand awareness and loyalty whilst encouraging more customers to pick your company over its rivals.

Marketing campaigns can take the form of print and TV adverts, social media engagement and many more varieties besides, but sometimes, it pays to put all your eggs in one basket and go for a massive, one-off marketing stunt.

It goes without saying that such stunts can be hit and miss affairs, but when they work, their effectiveness is unparalleled. Take a look at our five favourite marketing stunts of all time and see for yourself!

In April 1996, fast food vendor Taco Bell pulled the wool over the eyes of an entire nation, gaining vast amounts of publicity in the process.

Taco Bell placed full-page ads in seven major US newspapers claiming to have purchased the Liberty Bell in an attempt to ease the nation’s debt, renaming it the ‘Taco Liberty Bell’ in the process.

Thousands of people were convinced by the stunt and their initial outrage gave way to amusement and grudging respect when the fast food giant revealed the nature of its ruse. Touché, Taco Bell…

In 2012, Austrian Daredevil Felix Baumgartner ascended in a balloon to the very edge of space before skydiving for 23 vertical miles in front of a live audience of an estimated 8 million people.

It won’t have escaped notice that the event’s sponsor, Red Bull, had bedecked Baumgartner’s suit, helmet, capsule and parachute with their company’s logo, indelibly associating their brand with the record-breaking event.

2012 was a good year for marketing stunts, and while Walkers’ attempt may not have been quite so spectacular as Red Bull’s, it was no less effective.

For a week in the summer the crisp manufacturer erected an enormous climbing wall in London’s Old Truman Brewery in Spitalfields. The wall was shaped like a giant ridged crisp in an attempt to advertise the brand’s new deep ridged variety, and passersby were invited to climb the structure for free. As campaigns go, this was an original one!

Sometimes, promoting your own wares isn’t enough to guarantee success. In 2005, Burger King attempted to wrest the Asian market from the grip of arch rivals McDonalds with a daring guerrilla marketing stunt.

The fast food brand placed burger king t-shirts on Ronald McDonald mascots outside of rival restaurants and painted clown-sized footprints on the streets leading from McDonalds to the nearest branch of BK. Underhanded? You bet, but effective too.

A truly terrifying horror film is a rare thing, particularly where desensitized modern audiences are concerned. When the Blair Witch Project premiered at the Sundance Film Festival in 1999 it was accompanied by a carefully-managed online marketing strategy, intended to suggest the film was a documentary.

Thanks to the film’s realist style many people believed the hype and left the cinema truly terrified. As a result, this low-budget thriller was a massive box office success.

Marketing stunts can be extremely successful, but brainstorming and implementing a campaign on this scale can be a truly difficult task.

Social media marketing: what you need to know

How to: improve your marketing ROI
Scroll to top