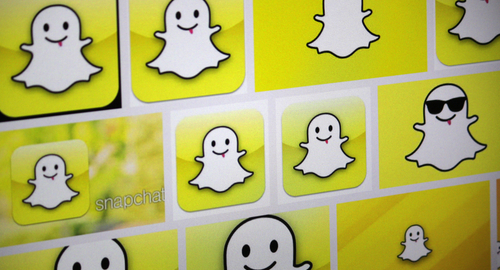 US users of social messaging app Snapchat have encountered the first ever advert to be used on the platform – a 20-second trailer for a horror film. In a post on Snapchat’s blog, the company is open about the need to generate revenue through the app. The company famously turned down a $3 billion offer from Facebook in November 2013, and a $4 billion offer from Google only weeks later. If you’re unfamiliar with Snapchat, here’s what you and your company need to know about this hugely popular app and its adverts.

Snapchat is a photo messaging app that lets users send photos and videos (called Snaps) to their contacts. Snaps can be set to be visible for between one and ten seconds, after which they are deleted from the device and the company’s servers. Earlier this year, it was revealed that over 700 million Snaps were sent each day.

How have adverts been integrated into the app?

Users will not encounter adverts while viewing messages from friends. At present, the adverts are embedded into the ‘Recent Updates’ screen on the app, where users see a list of their contacts’ ‘Stories’ (collections of recent Snaps that users place together to form a narrative). Adverts don’t have to be viewed, and they’ll disappear after they’re viewed, or after 24 hours.

What does this mean for our brand?

If your brand’s target market fits with the app’s demographics, you may wish to consider Snapchat as a future advertising platform. At this point, it’s unclear how effective these ads will be, so it’s a case of watching and waiting. It’s important to note that Snapchat’s team requested that the first advertiser on their app (Universal Pictures) used a video advert – you may wish to increase your video advertising efforts in anticipation of Snapchat’s new advertising plan.

Which social media platform is right for you?
Scroll to top