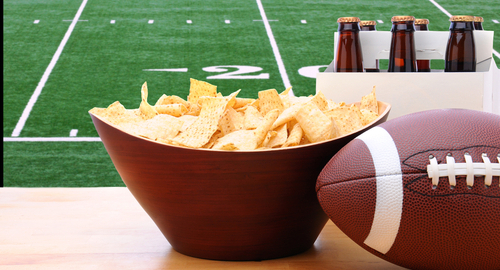 While millions of fans worldwide tune in to watch two of American football’s best teams duke it out for the coveted Vince Lombardi trophy, many more eagerly seek out the annual TV coverage purely for the advertisements shown during the build-up to the game itself and during halftime.

Super Bowl advertisements are as much a yearly tradition as the game itself, creating enormous chatter online, in the press and in living rooms worldwide. In order to take advantage of global fans numbering in the hundreds of millions, advertisers are prepared to spend eye-watering sums to secure the coveted halftime ad spots.

The same publication claims that this figure is 7% greater than last year’s price. While that may sound like an awful lot, it was calculated that last year’s Super Bowl advertisers spent just $3 on every viewer reached. For this year’s advertisers to have enjoyed the same value for money, viewing figures would have to have been in excess of 120 million people – dramatically bucking previous growth trends.

2015’s Super Bowl advertising proves that even the most prestigious marketing slots don’t necessarily represent great value for money. Would this year’s Super Bowl advertisers have been pleased to hear that per-head spend had increased on 2014’s figure, particularly considering the poor reception certain ads received last time around.