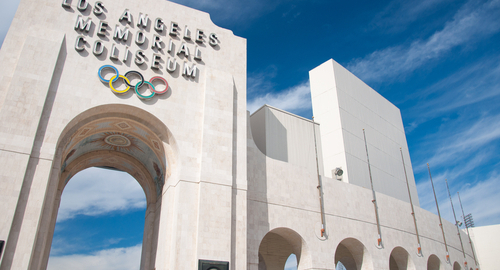 Every business knows that sporting events are great opportunities for themed marketing campaigns. Back in the ‘80s, it was no different. The 1984 Olympic Games in Los Angeles was the first summer Olympic Games in the United States since the ‘30s, and US companies had been planning their marketing campaigns for the event for months. Fast food giant McDonald’s had concocted a particularly eye-catching promotion that might have sounded good in theory, but quickly turned into a disaster. If you’re planning to run a campaign alongside an upcoming sporting event, don’t fall into this trap…

The idea was simple: tap into America’s patriotic spirit by giving out free food to McDonald’s customers when American athlete win medals in certain events. The campaign would be carried out through scratchcards, which were distributed to McDonald’s customers with every item of food or drink they bought at McDonald’s during the campaign. The scratchcard would reveal the name of an Olympic event, and if the US won a gold medal in that event you could claim a free Big Mac, for silver you got free fries and bronze earned you a coke. The slogan was simple: ‘when the US wins, you win.’

Unfortunately, the marketing team at McDonald’s made a huge mistake: they drastically underestimated the number of medals the US team would win during the ’84 Olympics. Their cause certainly wasn’t helped by the fact that the Soviet nations decided to boycott the 1984 Olympics, but this was hardly surprising given that the US had boycotted the Moscow games in 1980. At the 1976 Olympics (the previous event where both the US and the Soviet countries competed), the Soviet Union and East Germany took the top two spots in the medal table. Without these countries in the 1984 competition, it was little surprise that the US dominated the Olympic Games – they claimed 83 golds out of a total of 226 available.

The boycott and the US team’s success was a huge problem for McDonald’s. Some branches reported running out of Big Macs because of the many hundreds they’d had to give away to scratchcard holders for free. McDonald’s have never admitted how much money they lost on this disastrous promotion, but we’d expect it to run into tens of millions of dollars. The marketing team’s humiliation must have worsened following a parody of the debacle in a 1992 episode of The Simpsons.

This marketing plan could and should have been shelved or at least heavily modified long before the scratchcards started being printed. Even though the Soviet Union didn’t announce the boycott until three months before the event, you would have expected someone in the marketing department at McDonald’s to realise that a Soviet boycott was a very real prospect. McDonald’s might have removed some of the more ambitious elements from the campaign, perhaps only offering free food for gold medals, or only handing out one scratchcard per customer rather than for each item.

SMEs can take many marketing lessons from McDonald’s flawed marketing campaign. Firstly, freebies can be effective – but be cautious about the conditions you attach to giveaways. Secondly, be aware of current events and how they might influence your marketing campaigns. Third, have a backup plan in place to resolve any issues that arise during the course of your campaign.

What happens in a single second on the internet?
Scroll to top