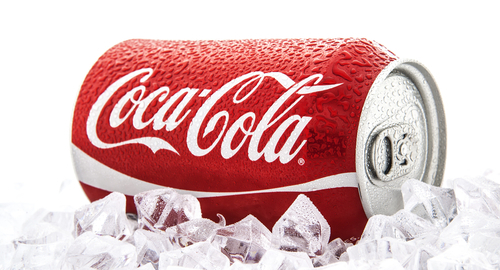 Coca-Cola runs a dozen different marketing campaigns a year across as many platforms, but even the biggest companies can make huge marketing errors. The idea behind Coca-Cola’s #MakeItHappy Twitter campaign was simple: to cut through the usual negativity on social media with a little automatically generated positivity.

Twitter users were encouraged to reply to grumpy tweets with the make it happy hashtag. Shortly after, the official Coca-Cola twitter account would tweet the original poster with a cheerful ASCII art image created using the text in the original tweet. By turning negativity into a fun picture (of a smiling burger, a cat playing drums, and many more), Coca-Cola’s clever Twitter bot was able to spread a little happiness.

However, trusting Twitter users not to abuse such a marketing campaign was perhaps a little optimistic. Popular blog Gawker created a Twitter account posting snippets of Mein Kampf. Twitter users replied to the tweets with #MakeItHappy, and Coca-Cola’s bot cheerfully started churning out images filled with Hitler’s prose. The company halted the campaign shortly after, its marketing department no doubt slightly embarrassed about the debacle.

While many onlookers criticised Gawker for trolling Coca-Cola, it is the drinks manufacturer’s fault that they didn’t foresee such an issue occurring. This incident goes to show that implementing your marketing strategies isn’t as simple as you might expect. It pays to plan for every eventuality and anticipate where it could all go wrong.