Marketing analysis is often an overlooked element in achieving marketing success.  It is ridiculous if you think about it.  The point of marketing is to generate a significant positive return from your investment, yet most companies don’t analyse how their marketing is performing in order to tweak and improve what they are doing.

It is a bit like the famous John Wannamaker quote which declared “Half the money I spend on advertising is wasted; the trouble is, I don’t know which half.” This is a classic case of a lack of marketing analysis.

This blog takes a look at the top 5 marketing analysis mistakes and what you can do to avoid them.

#1 Make sure you maximise trackability

We appreciate that some things are easier to track than others.  Digital marketing channels, for example, are very popular by the very nature that they are very easy to integrate tracking metrics into them.  Google analytics is a must.  The equivalent of not having Google Analytics on your website is owning a retail shop, blindfolded.

You may hear a bell as your customer(s) enter the shop, but you cannot see who they are (or how many of them), what direction they have come from, what they have browsed at, and what they did before they left.   You have no idea on your conversion rates, the average value of customer or even the volume of customers that have visited your shop, or why. Madness.

We often hear comments that website analytics presents a false case on the success of the website. The argument is because a customer may have become aware of the company through an alternative campaign and then merely visited the website, as the second stage.  However, some data is better than no data, and unless you know how well your site is performing for the people that do visit it (wherever they originate from) how can you improve performance?  Going back to the retail analogy, your website is equivalent to your shop lay-out and instore experience.

There is also useful call tracking software, such as Clixtell, that you can embed in individual campaigns and monitor and track phone calls that originate from specific activity.  Similarly, you can run campaigns with a unique url, landing page or email address.  Tools such as these enables you to track performance of offline advertising as well.

Now you have your tracking mechanics in place you are in a position to test and measure performance accurately.  However, before you go fully gung-ho and launch a huge campaign, factor-in a campaign incubation period to test and measure on a much smaller scale.

For example, imagine that the ultimate aim of your campaign would be to target a specific audience of 100,000 people.  If you run that campaign and it doesn’t work to plan – you have just wasted your entire budget.  Why not test it initially on a smaller sample set, say 5-10K and test the results.  You may have had an expected target response rate of 5%, but if your smaller campaign only generates a 1.5% response rate then something needs tweaking.

There are many variables that influence the conversion rate of a campaign – including the quality of data, the media used, the timing, the message, the graphical impact, and the call to action.  By testing a smaller sample size initially, you can identify and iron out any elements that are affecting conversion performance.  Then once you are happy with the campaign performance, you can scale it up.

Similarly, for digital campaigns you can split-test different graphics, colour, headlines, landing pages and then focus efforts on the version that performs better.  You would be surprised at how difficult it is to predict what works best – why not just let your prospective customers tell you.

#3 Make sure your sample set is a meaningful size

Whenever testing any campaign, unless you are testing it on a meaningful amount of data, it is worthless.  Often when we work with new clients, we probe into what marketing activity they have previously done.  Regularly we are told that something “doesn’t work” or it is a “waste of money”.  When we dig a little deeper we find out that direct mail doesn’t work because they sent 25 letters out and got no response, or they called 30 prospective customers and no-one was interested, or they spend £50 per month on Google Ads for 3 months and didn’t get any clients.

In order for any marketing analysis to be truly valuable, it has to be tested properly.  Have you ever seen a TV advert, it is usually beauty related adverts, when they say things like “95% of women wouldn’t use anything else” and then in really small print at the bottom of the screen it says something like “based on a sample of 73 women”.  It is ridiculous, it is meaningless. It devalues the claim.

If you are going to do some telemarketing activity or a mailshot, make sure it is a reasonable sample size – maybe 200-300 to start with.  Remember that there are other factors which affect success rates, but the number of people you are reaching out to in the first place is one of them.

Consider social media as channel.  If you had two social media accounts from companies who offered very similar services and they both ran identical offers via their Twitter account, one who had 500 followers and one who had 9000 followers – who do you think is going to get the better results?  Yes, it depends on the quality of the followers, and the conversion percentage may be comparable, but if the smaller account generated 2 sales, the larger one will have generated 36 sales.  It is as this point worth remembering the campaigns costs would have also been the same.

If you are going to invest in something, do it properly, not half-hearted.  As we said previously, it is important to test it on a smaller scale first, but make sure it is a sample big enough that the results hold some value.

#4 Make sure you measure profits, not sales

Whenever you measure performance of specific campaign you have to be certain what the objectives of the campaign are.  Some businesses may be focussing on a brand awareness drive – bear in mind this still needs measuring, otherwise how do you know whether it has worked?

However, the majority of marketing campaigns are focussed around driving revenue into the business, growing the customer base, increasing spend of existing customers and generating new sales – and ultimately providing a positive return on investment.

What we mean by return on investment is that the campaign has delivered more money back to the business than it cost to run the activity or campaign.  This is where a lot of companies can fall into making the ultimate marketing analysis mistake.

Too many companies, and I have seen a number of marketing professionals within businesses do this, measure the sales revenue rather than the profit.

To provide an example, if a campaign which costs £1000 to run generated sales of £8000, on the face of it, it would seem like a successful campaign.  Some people may consider this an 800%, or 8 times, ROI.  However, if the profit margin on every sales is only 10%, then that campaign will actually have only generated £800 profit.  The campaign itself cost £1000 to run so in real terms you are £200 worse off for running the campaign in the first place.

Always ensure that whoever is doing the analysis of the campaign, whether it is an in-house marketing or finance person, or it is an external agency reporting back to you, that they are reporting back ROI accurately.  If they have no idea what your average profit margin is, they can’t be!

However, the above example campaign illustrated may still be worth running, even at a £200 loss.  This leads us onto our next point….

#5 Don’t discount the lifetime profit value of a client

It can be too easy to fall into the trap of measuring specific campaigns in isolation.  The example above made a loss of £200. But did it? We are making a huge assumption here that those customers that were acquired, are only ever going to purchase once.

Of course, this is going to vary greatly from industry to industry, depending on what you are selling, but most customer relationships have the potential to be much greater than just one sale.  In this respect, it may be better to measure the customer acquisition cost, as opposed to the campaign ROI.

This can actually flip the analysis completely and put a totally different spin on whether a campaign was a success of not.

Let say, that the business that ran the previous campaign had already done some analysis on their existing customers and calculated that, on average, a customer generated them £2000 profit across the lifetime of the relationship.  With this mind, if the previous campaign, which generated £8k in sales, had generated 6 new customers, it is therefore likely, on average, that over the course of the relationship (which could be a number of year) these customers would generate a total of £12K in profit.  Suddenly, what at first looked like a £200 loss has become a 1200% ROI.

To simplify things for businesses it can be much easier to set an ideal customer acquisition cost.  So, if you know a client is going to be worth £2k in profit over their lifetime, how much are you willing to spend to acquire them?  Let’s say the company settles on a £200 customer acquisition cost.  With this in mind, going into a campaign which costs £1000, the business knows that if acquires 5 customers or more, the campaign has been a success, in line with their targets (and ROI expectations).

We said at the start of this article that marketing analysis is key to marketing success.  We would also like to add that inaccurate marketing analysis can heavily contribute to marketing failure.  From our experience these are the 5 most common mistakes SME’s make.  If you follow these simple rules, then you are well on the way to a system which can learn from, improve and ultimately, generate better marketing results.

How to evaluate marketing activity effectively 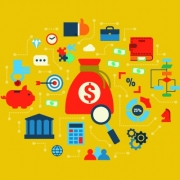 6 reasons why a marketing professional can improve online value 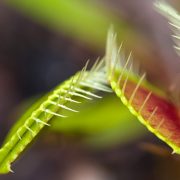 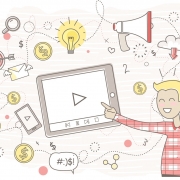 Why you need to know your marketing tactics for the next 90 days? 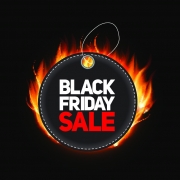 Why “Black Friday” may not be the best marketing promotion 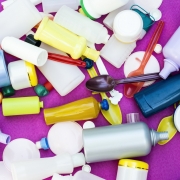 Being a PEST: from convenience to conscience marketing 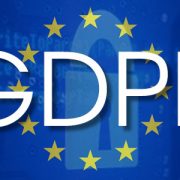 5 point check to ensure your B2C marketing is GDPR compliant 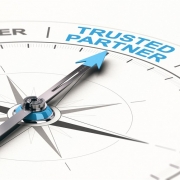 A guide on how to know which marketing companies to trust!

Top 5 Most Useful Things You Could Be Doing Right Now